Battle Of The Silent Loud Mouths

Have you ever been to the theatre when one of the lead actors has forgotten their lines? The quiet uncomfortably seeps in and, though it may last for just a handful of seconds, everybody watching knows that something is afoot. This character, this actor so accustomed to playing this role, seems to shrink before your … Continued The post Battle Of The Silent Loud Mouths appeared first on Boxing Social. 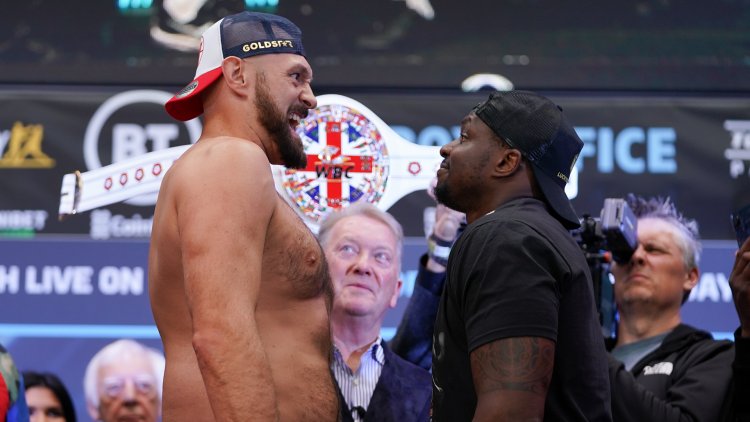 Have you ever been to the theatre when one of the lead actors has forgotten their lines? The quiet uncomfortably seeps in and, though it may last for just a handful of seconds, everybody watching knows that something is afoot. This character, this actor so accustomed to playing this role, seems to shrink before your very eyes, lost, confused, trying to regain unsteady footing. They’ve played this part a hundred times – but not this time.

As we stumble through Tyson Fury v Dillian Whyte fight week like tourists on a disappointing ghost tour, we’ve been left solely to our own devices. The insults, boastful claims, fancy dress, and table tossing we may have expected has, in fact, been delivered in a single act of restraint and a chorus of pleasantries. Who are these men? What has happened to two of the biggest characters in British boxing on the eve of their determining, record-breaking night under the lights? The answer for both men is very, very different.

While Frank Warren & Co. are rightly proud of selling 94,000 tickets and breaking Europe’s record for the highest-selling sporting event, they’ve done so purely on the promise of an unforgettable 12 rounds. Not on the strength of an undercard, not on the deliverance of a unique boxing experience for fans, but on the expectation that a returning Tyson Fury will deliver. Fury, the reigning WBC heavyweight champion, delivers every time, right?

He dressed as Batman in the build-up to his defining bout with Wladimir Klitschko, tackling Hughie Fury tactically placed in the crowd, dressed as The Joker, much to the bemusement of the usually relaxed Ukrainian. He serenaded his wife Paris, his audience, his promoter, after every astounding victory, performing for the masses. But this week, despite a couple of remarks here and there, the Morecambe-based champion seems to have left his pizzazz in Sin City. In fact, he stormed out of an interview with Sky Sports, vowing never to offer them the privilege again. Something has changed this time, and it doesn’t take a detective or an investigative journalist to figure out why.

As sanctions are levied upon Daniel Kinahan, the alleged head of the Kinahan Organised Crime Gang, the world’s media are publishing stories every 10 minutes. Who will suffer the consequences? What does this mean for the sport of boxing? Will Kinahan himself be extradited from his base in Dubai for questioning? And while Fury, understandably, claims to be purely mindful of his ‘own business’, he will forever be intertwined with a troubling story that continues growing claws and horns by the day.

The Financial Times posted an article (April 21st, 2022) explaining how the UAE had frozen Kinahan’s assets – the header image? Not Kinahan. Not Fury and Kinahan from the archives. Just Tyson Fury in hand wraps, shadow boxing at the open workout. That is pressure; that is “no comment” and the sound of silence.

Fury doesn’t seem himself this week. He’s doing what he must, and focusing as best he can, but there’s something missing. The giant, self-styled Gypsy King has thrived since returning from the brink of personal breakdown, almost glistening with invincibility, in-ring or otherwise. His shatterproof confidence and his disregard for the opinion of detractors has set him apart, it has defined him. But this week, considering the crumbling foundations of his management company, MTK Global, and in seemingly being the media’s visual figurehead of Daniel Kinahan’s demise, Fury seems shaky, as pieces of Jenga are recklessly knocked away. Forgetting all that, though, he remains one of the greatest heavyweights Britain has ever produced. And the best on planet Earth at this time – no mistaking.

So, what’s Dillian Whyte’s excuse? The Brixton ‘can man’ has holed himself up in camp, over in Portugal – not unusual – and has barely offered a sentence in the build-up to the biggest fight of his career. Frank Warren and Whyte’s lawyer, Jeff Benz, awkwardly had it out on TalkSport, trying to blame one another for what they perceived to be ‘suitable promotion of the fight’. Whyte hasn’t been a salesman; he hasn’t charmed the public with slick one-liners or featured on the side of London buses promoting energy drinks or irresistible new scents. But he’s anything but quiet, and nobody’s fool. He has rolled about the floor of a production suite, sat calmly as Dereck Chisora threw a table at him, and has always held his own when throwing wild, verbal haymakers.

When the contract deadline for this WBC title bout was made public and those weird, obsessive fans set their watches to refresh their Twitter feeds, Whyte was silent. He was silent for days. Unreachable. It wasn’t until the contract was officially signed that fans of Whyte’s and followers of the sport were convinced he really wanted it. This was a man accused by some of avoiding a final eliminator with Kubrat Pulev (and/or Luis Ortiz), pricing himself out of an Anthony Joshua rematch for the unified heavyweight world titles, and trying to hold the WBC to random when campaigning for a mandatory title shot. Did he want it? You bet.

Signed, sealed, and just about delivered, Dillian Whyte turned up to this week’s press conference dressed head to toe in black (including black gloves – make of that what you will), and sat down at the table. He’d missed the open workouts, claiming he didn’t think it was a valuable use of time and wasn’t prepared to leave his camp in Portugal any earlier. Promoter Frank Warren could go 12 rounds debating that with the ‘Body Snatcher,’ no doubt. But he was here now, and surely now, he’d attempt to infiltrate Tyson Fury’s wandering-but-water-tight head. Whyte offered nothing but respect and an innuendo that didn’t quite make sense. His answers were short; it is business time.

While Fury looks as though he’s contemplating 10 different things at any one time, a bustling junction of worries, Whyte seems entirely at peace. For once, he doesn’t have to be ‘the bad guy’. Selling this fight wasn’t on his shoulders, and the former, perpetual pay-per-view star of Matchroom’s Sky heyday could relax, turn up, and inflict maximum violence. The challenger is a sizeable outsider with British bookmakers (7/2 to win) – but he has upset the odds plenty of times, in early life as much as in boxing. On Saturday night, he’ll attempt to steal Fury’s belt in violent fashion, wearing a different pair of gloves, and still leaving no prints…

When those characters regain their composure, when they catch themselves mid-line and begin again, the theatre breathes a sigh of relief. It could have been much worse; the show must go on. And when Tyson Fury and Dillian Whyte meet centre-stage this weekend for their defining act, we’ll forget about the slips, trips, and stumbles; we’ll stand and applaud the men and the characters they’re paid to portray.

The post Battle Of The Silent Loud Mouths appeared first on Boxing Social.

Canelo Says He Could Keep Fighting For Another Seven Years

Kambosos Looking To Break Ribs And Beat Up Haney on June... 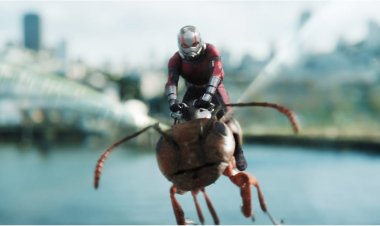 The Third "Ant-Man" Movie Is Coming to Theaters in Early...

It's been almost four years since Marvel Studios teased a sequel to "Ant-Man and... 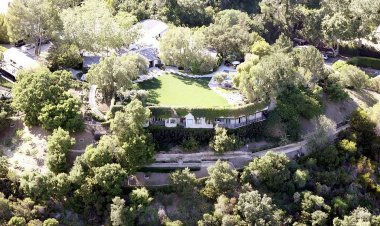 Adam Levine earned a massive profit from his enormous Pacific Palisades estate after... 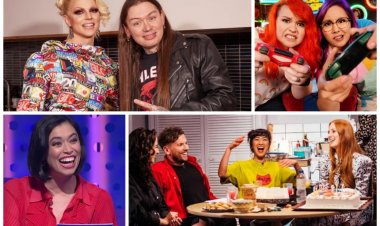 Yes ABC has younger hosts, but funding impacts on opportunity... 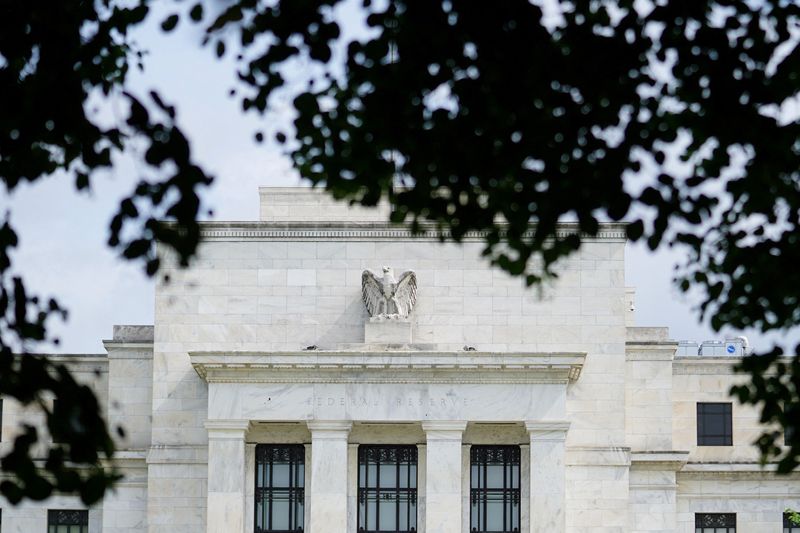 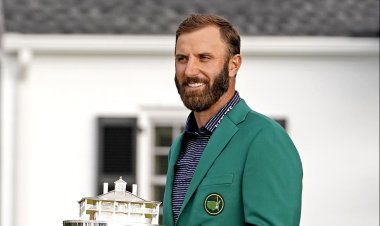 Why is the Official World Golf Ranking so important to...

Maintaining a high spot on the OWGR allows golfers who have never won a major to... 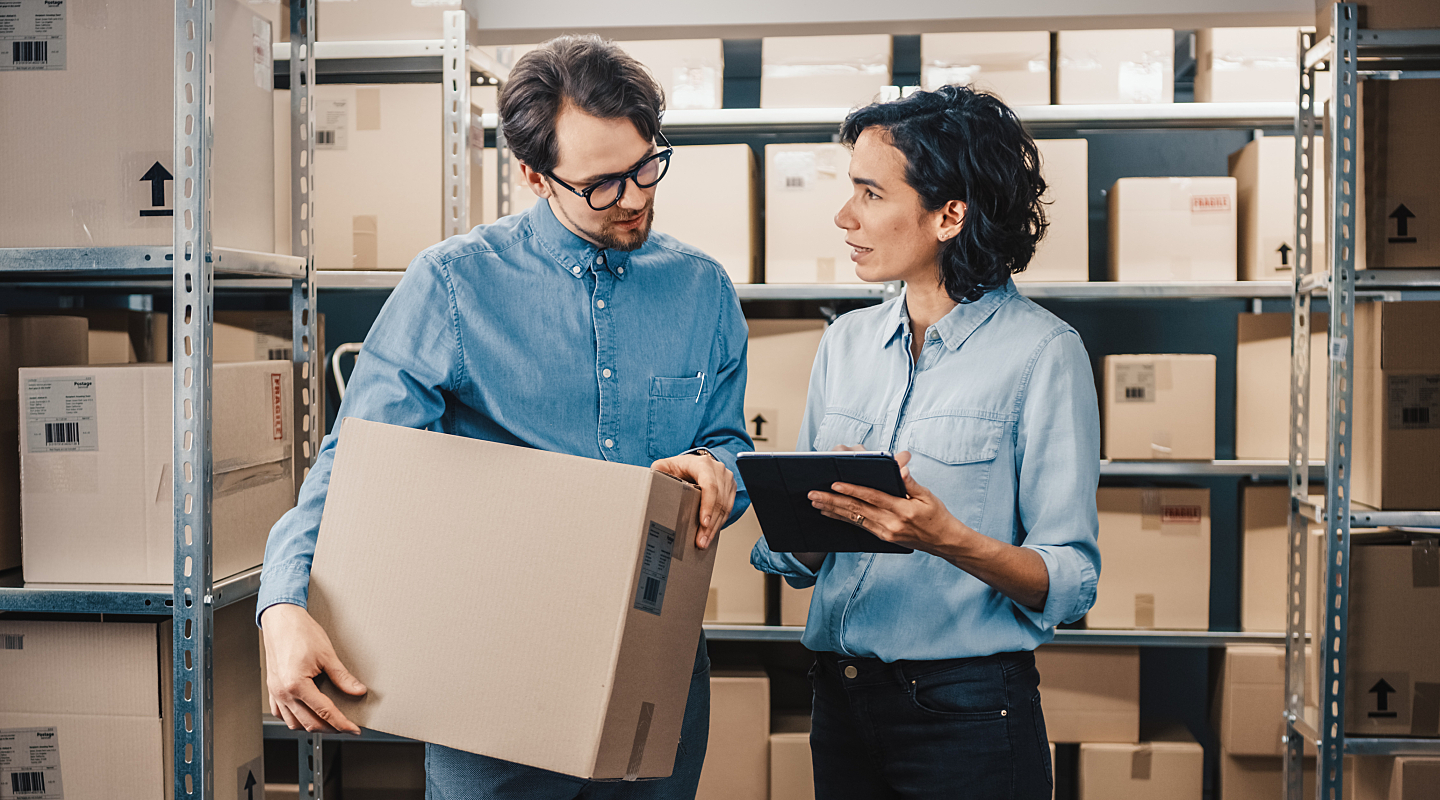 What Is Inventory Turnover?

What is inventory turnover? Let's explore this important business concept and how... 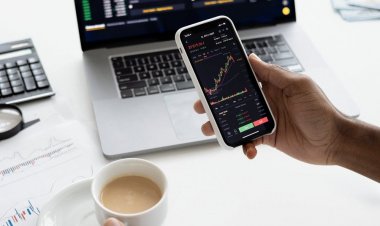 Join the League of Smart Crypto Investors with the Pattern...

Since the debut of Bitcoin (BTC) over a decade ago, the crypto market has outperformed... 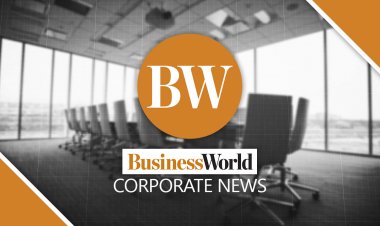 THE private equity market deal value in Southeast Asia more than doubled to $25... 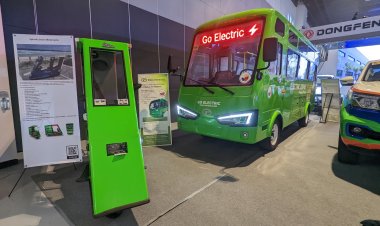